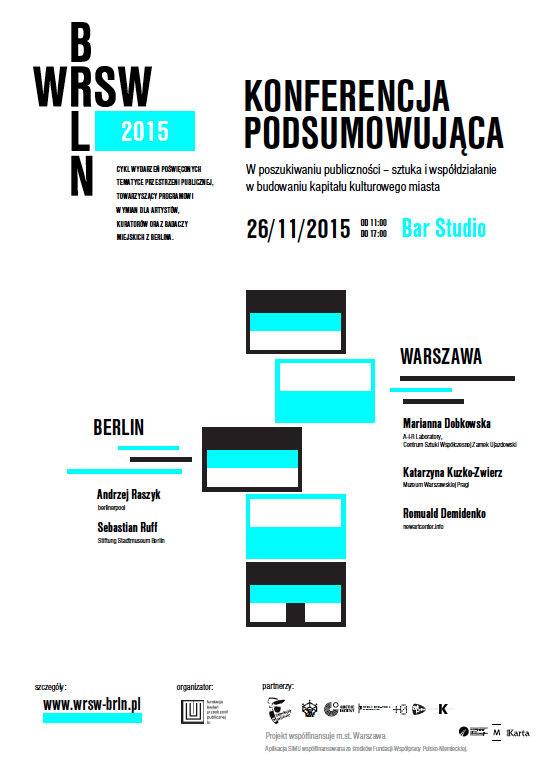 On the kind invitation of Joanna Maria Turek, chairwoman of the Foundation for Public Space Research TU I will have a pleasure to deliver a short input during the conference in Warsaw on 26.11.2015. Please read more about the project below.

Foundation for Public Space Research TU is pleased to invite you to the conference summarizing WRSW | BRLN residency program for artists, curators and researchers from Berlin in Warsaw. During the conference we will take a closer look at the examples of residency programs implemented
in Warsaw and Berlin. The second part of the conference will be dedicated to a cooperation within  cultural institutions, including the integration of new technologies in their operation.

The great opportunity to raise the last theme of the conference is an application SIMU “Simultaneous Cities” – carried out by the Foundation for Public Space Research TU. The app is a virtual guide in the form of a map covering 30 locations, simultaneously showing examples of diffusion of ideas, architectural styles, trends in art and trends in urban development in Warsaw and Berlin. App available for free on Google Play https://play.google.com/store/apps/details?id=com.moiseum.simu

The conference under the theme “Searching for audience – art and cooperation in building the city’s cultural capital“ aims to look at the potential of residency programs and cooperation within cultural institutions at local and international level. We we would like to look at these solutions in the context of participation and its impact on urban public space.

In 2015 we hosted three residents working in different fields, cooperating together with local communities  in the revitalized areas of Warsaw – Praga-South, Praga-West and Targówek. During each residency a workshop and intervention in public space were implemented, accordingly, in the form of installation, an urban walk, led by the residents, and a performance. The theme of each residency stay was local public space, and the possibility of transforming it, so it could be more open place with a distinct identity, more often or differently used. Residency stays and related events have been implemented in the public space as well as in the industrial and vacant buildings reused for cultural and artistic activities.

The aim of this model of residency program is the re-inclusion of urban vacant buildings into the cultural and social life of the capital, and to take a closer look at solutions implemented in public space of Warsaw and Berlin. It is not about copying ready made ideas, but about creating a space for discussion on possible transformations of urban space.

The first WRSW | BRLN resident (June – July 2015) was a street-artist Aïda Gómez, originally from Madrid, currently working with Open Walls Gallery in Berlin. At the Praga-South she led a workshop during which she presented how to use unused or damaged and dysfunctional places and fragments of urban space of the district, to restore their former significance/function, or give a new one – in a poetic way.
At Praga-North, Brzeska Street, she has implemented a mobile installation, “patching” the damaged parts of the wall located there, in cooperation with the youngest residents of nearby houses.

A second resident (August 2015), Lorenza Manfredi from Italy, lived in Berlin for three years, and is currently working on a doctoral thesis on the cultural and political potential of artistic interventions on walls and buildings in the public space of Berlin and power relations connected to it. Along with Targówek residents she completed a workshop, during which the participants worked together on a subjective map of the district. Few days after the event the participants – district’s inhabitants – led a public urban walk describing personal stories related to selected locations, as well as plans for their new possible development.

During the third residence lasted from September to November 2015 K.A.U. collective, represented by Philipp Bergmann, Thea Reifler and Matthias Schönijahn, worked on the topic of imagined scenarios for real situations in Warsaw’s Praga-South, and Praga-East, analyzing issues of independence, national symbols and a status of small communities in discussions about urban space and districts’ identity.

In cooperation with various associations and groups operating in Praga-South and Praga-North, they led a workshop on the future of this part of Warsaw. The event was preceded by a performance concerning the annual Independence March in Warsaw, carried out as a part of a broader, Polish-German project  TRANSIT MONUMENTAL.

During each of the residency stays our guests were accompanied by Polish artists, curators and researchers. This year it was (accordingly) street artist Tomasz Sputnik, a PhD student at the Warsaw University of Life Sciences – SGGW, Faculty of Landscape Architecture, Martyan Cziszewska and director Małgorzata Wdowik.

The project is co-funded by the Capital City of Warsaw.

The application is co-financed by the Foundation for Polish-German Cooperation.

Application is implemented in partnership with the Ośrodek KARTA Foundation and Stiftung Stadtmuseum Berlin.

Please confirm your attendance until 23.11.2015 on fundacjatu@gmail.com

11.00 -11.15 Welcome by the representatives of the Foundation for Public Space Research TU

11.45 – 12.15 Andrzej Raszyk, berlinerpool: “A little more than an empty room. Artistic residencies and the laws of quantum physics”

14.00 – 14.30  Katarzyna Kuzko-Zwierz, Warsaw Museum of Praga (Muzeum Warszawskiej Pragi), a branch of the Museum of Warsaw:  “Building the museum. About the local context of cultural institution”

DETAILS OF THE CONFERENCE:

Description: Artists-In-Residence Laboratory is a meeting place, an atelier, a home and a venue where many artistic and curatorial projects take place. Searching for new forms of cross-cultural and international cooperation, and additionally forms of skills/ knowledge sharing, the A-I-R Laboratory, Centre for Contemporary Art in Warsaw, deals with constant redefinition of artist-in-residence programs, and its role in a modern institution of culture, as well as outside of it. That is why the A-I-R Laboratory residents likely work outside the gallery, going beyond the formula of the exhibition, as a method of art communication. Often they engage in local processes and cooperation with Warsaw communities.

Marianna Dobkowska – Graduated from Institute of Art History at the University of Warsaw and postgraduate Museum and Curatorial Studies at the Jagiellonian University. Winner of a stipend programs: “Young Poland”, CEC ArtsLink and Backers Foundation. As a curator associated primarily with Artists-In-Residence Laboratory at the Centre for Contemporary Art Ujazdowski Castle in Warsaw, and in addition also as the manager of the Polish-Norwegian A-I-R and research project “Rooted Routed Design For  Routed Living” (2009-2012).  Since 2003 in CCA, she deals with the implementation of the projects and artistic events as well as exhibitions, publications and research (e.g. project “Re-tooling Residencies”).

She worked as a curator also in other projects including, i.e.: Sofie Thorsen, Village fig. 9/The Golden Castle That Hung in the Air (2006), “FUKT” in Warsaw (2010), Transfer. Polish-Ukrainian Exchange, Katharina Marszewski Porthos: Marszewski on Marszałkowska (2012). Together with Krzysztof Łukomski, in 2015 she launched a longtime Indonesian-Polish project “Social Design for the Social Living,” whose first presentation will take place within the framework of the International Biennale in Jakarta in the Autumn of 2015.

“A little more than an empty room. Artistic residencies and the laws of quantum physics”

Description: Four walls, a lamp, a table,… city. In his short speech Andrzej Raszyk will present the most significant moments that have changed the direction of the culturia residencies, and will show selected projects carried out within the framework of the program. The second section will be an introduction to the topic of the new formula of residencies led by Raszyk – Berlin Sessions. It will include the weak and strong influences of the metropolis of Berlin.

Andrzej Raszyk – graduated from comparative literature at the Faculty of Polish Studies at the University of Silesia in Katowice. Concept writer, curator, manager, consultant in the cultural and creative sectors. From 2006 to 2014 he led the residency program “culturia” (www.culturia.de) focused on the documentation of the artistic process through the practice of notation and video interviews. Since 2009 he has been a director of the physical archives and a network of artists, curators and project spaces “Berlinerpool Arts Network” (www.berlinerpool.de) which won an award from the City of Berlin (2012). He also published a weekly information service with open­call offers for cultural workers “mondaynews” (www.mondaynews.net), active in the years 2009-­2014. He is the founder of “Berlin Sessions” (www.berlinsessions.org), a new model of artistic residency developed in cooperation with both organizations and artists. Since 2015 he has been a consultant in the department of Public Diplomacy and Culture at the Polish Embassy in Berlin. He lives in Berlin (www.andrzejraszyk.net).

II:  COOPERATION WITHIN THE CULTURAL INSTITUTIONS

“Where does a city museum end?”

Description: One of the challenges of the 21st century city museum is a diverse audience. The Stiftung Stadtmuseum Berlin visitors are the residents from their hometown as well as tourists from different parts of the world. The demanding task of the Museum is therefore a reference in an image-building process and in the creation of the exhibition strategies to both – the international and the local context and tradition. How can digital and analogue cooperative projects help to widen the scope and to provide the solutions to those challenges?

Sebastian Ruff – a graduate from History, English and American Studies at Greifswald and Berlin. Since 2009 he works at the Stiftung Stadtmuseum Berlin, where he is responsible for the digital projects and  curating the Collection of Childhood and Youth (former School Museum).

“Building the museum. About the local context of cultural institution”

Description: Warsaw Museum of Praga, a branch of the Museum of Warsaw, has been officially made available to the public in September 2015. The inauguration of the permanent exhibition was facilitated not only by to the work of curators and implementers, but also is was possible thanks to a long-term process of institution-building and its ingrown to the local environment. The most important element of this process, carried out by the Museum since 2008, was the assembly of memorabilia from residents of the right side of Warsaw, where Praga district is located, and the registration of their memories. As a team of the Museum we consider these actions, next to the renovation of the headquarters, as the key element in building MWP as a cultural institution and an important space on the local map.

Katarzyna Kuzko-Zwierz – an anthropologist, since March 2015 head of the Warsaw Museum of Prague (Muzeum Warszawskiej Pragi), a branch of the Museum of Warsaw. PhD student at the Institute of Polish Culture, University of Warsaw and a  member of the Urban Studies Workshop at the Institute. Her interests are urban practices and stories. She is a resident and an admirer of the right side of Warsaw.

Description: The rapid rise of social media has changed the way we communicate in everyday life. Free exchange of data in the net filled with content created by users provoked the emergence of new privacy issues and new behaviors. The revolution of social media in the end shaped new artistic attitudes and contemporary culture in general. How artists and institutions use their presence in the net? What do institutions in Warsaw offer to local residents through this virtual presence? How the users themselves
co-create content in the internet and what can we learn from them?

Romuald Demidenko – art historian, curator and producer of artistic and cultural projects. Co-founder of the cooperative platform for young artists and curators “newartcenter.info”. Winner of Ministry of Culture and National Heritage stipend. He conducts workshops on new artistic practices and the creation of neighborly ties i.e. through the use of technology. In recent years, he collaborated with such institutions as Art Exhibition Offices (BWA) in Zielona Góra and Wrocław, Wrocław Modern Museum, Royal Castle in Warsaw, the Martin Gropius Bau in Berlin and CCA Ujazdowski Castle in Warsaw. 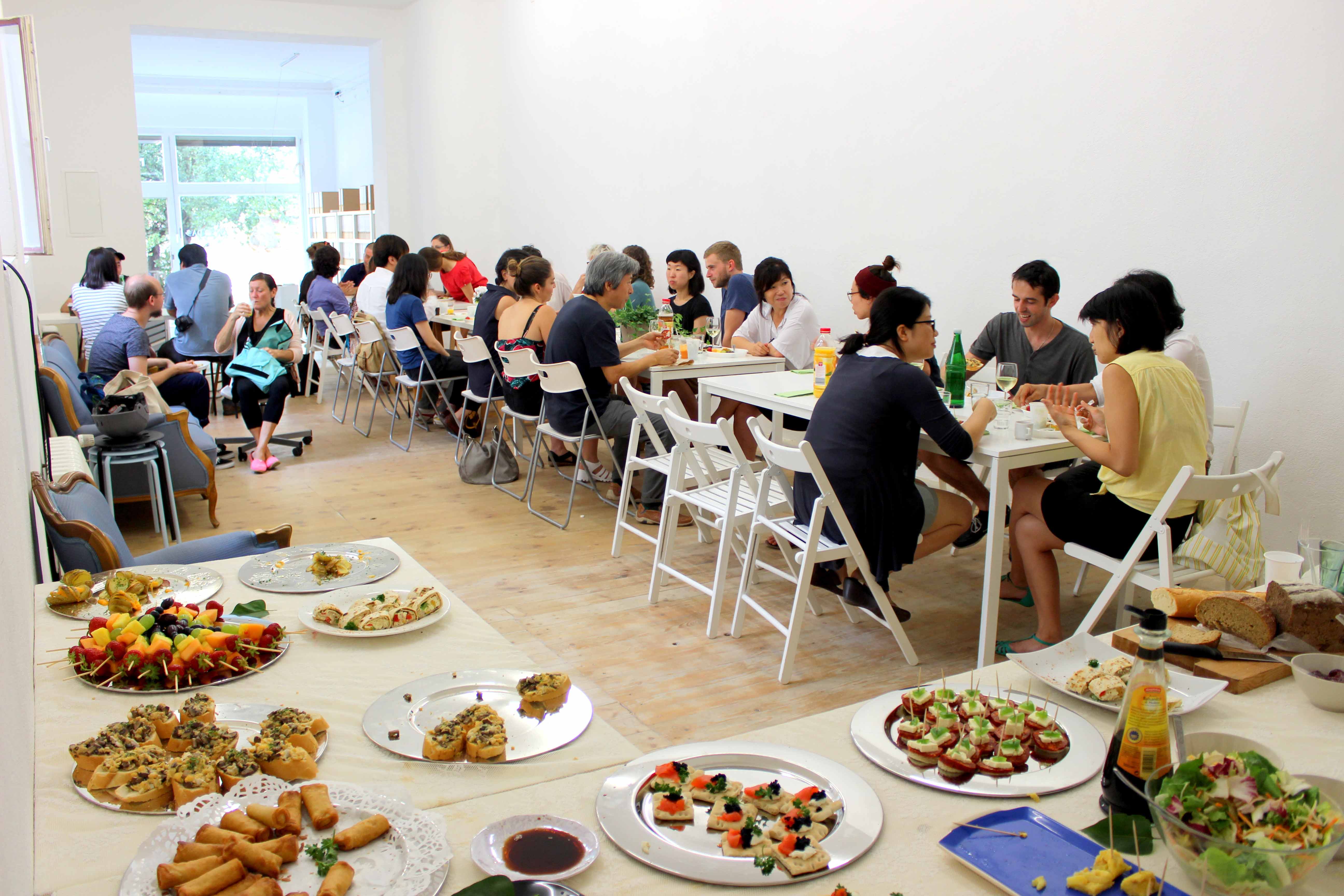 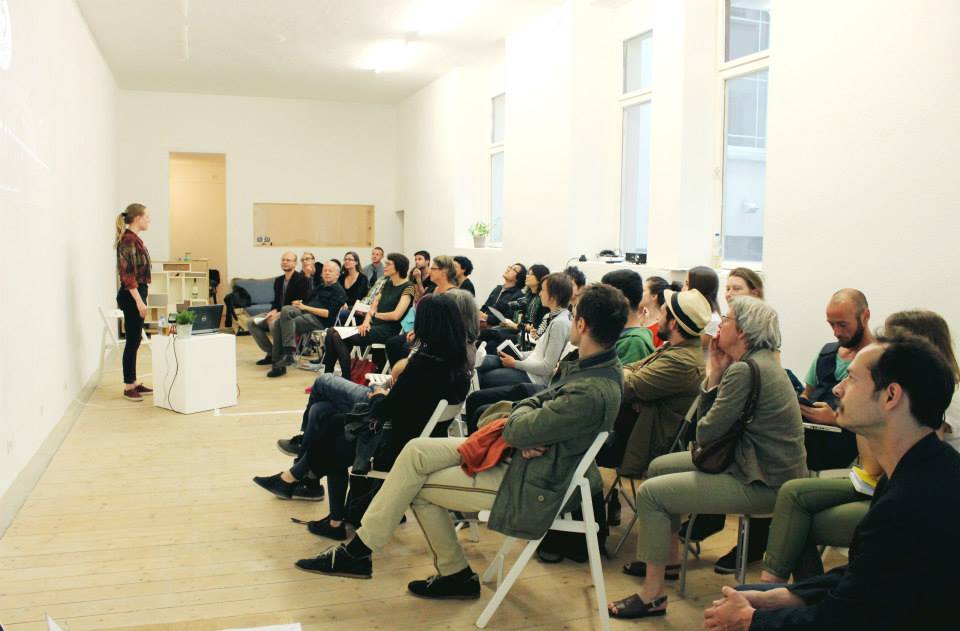 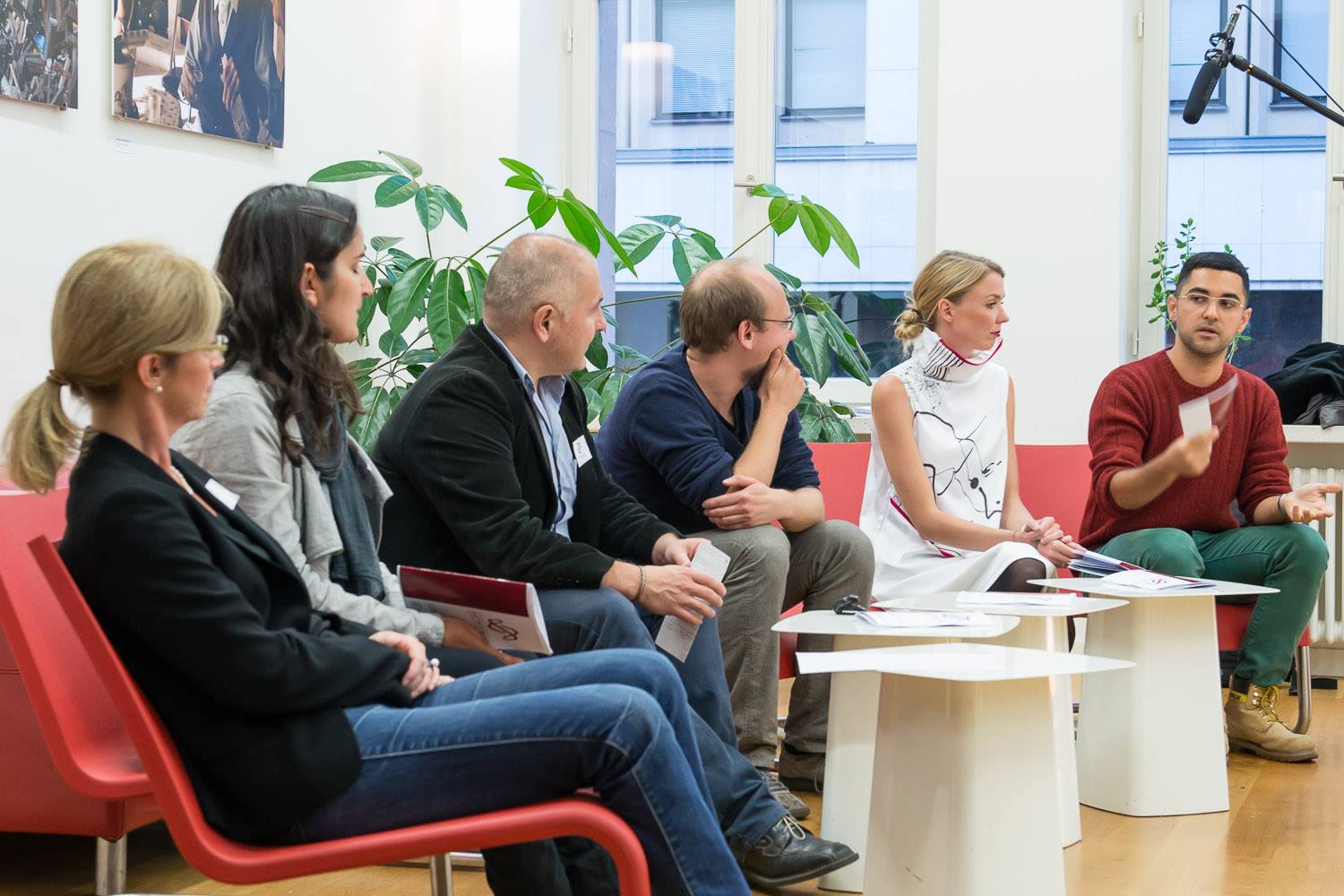 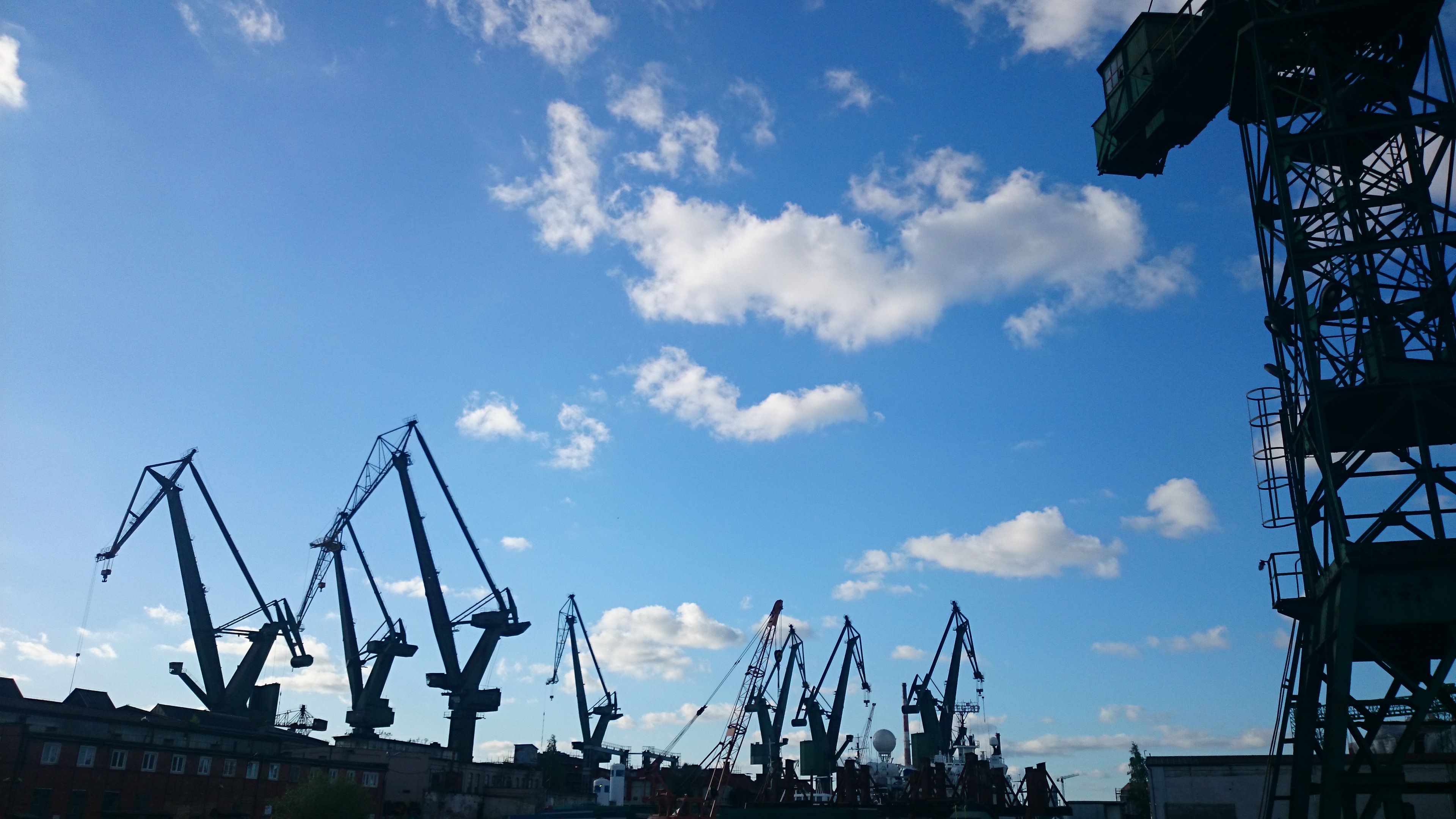