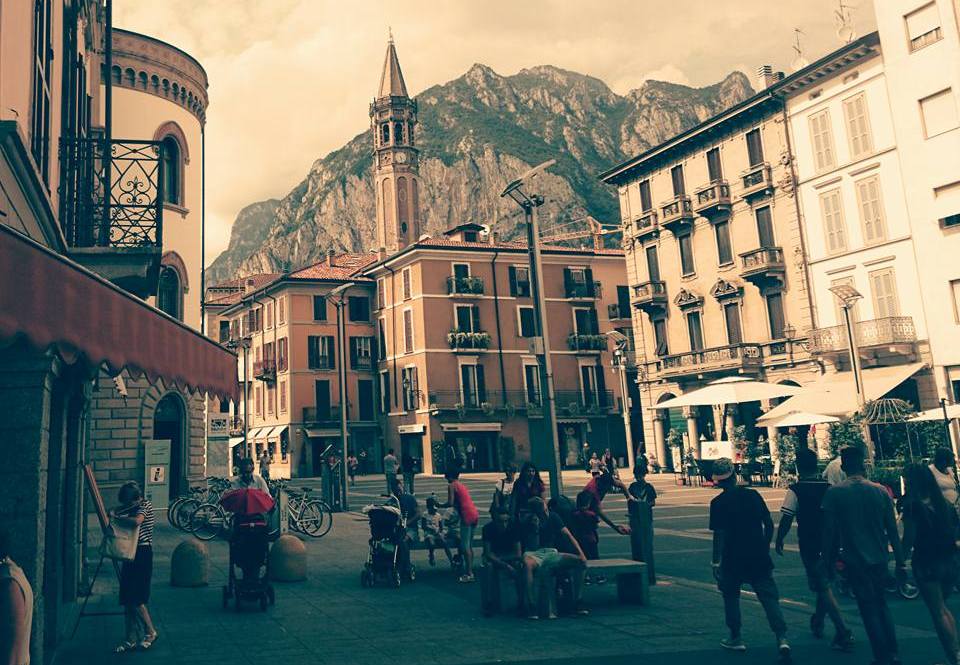 I need a break. The only line my mind was feeding me in the last months. Joggling between the new office position and independent activities, maintaining communication channels, putting forward new concepts and applications, running late for work meetings after the day job, slicing time for family and friends. You know it well. Fortunately my sister took me out and encouraged to set my head free. 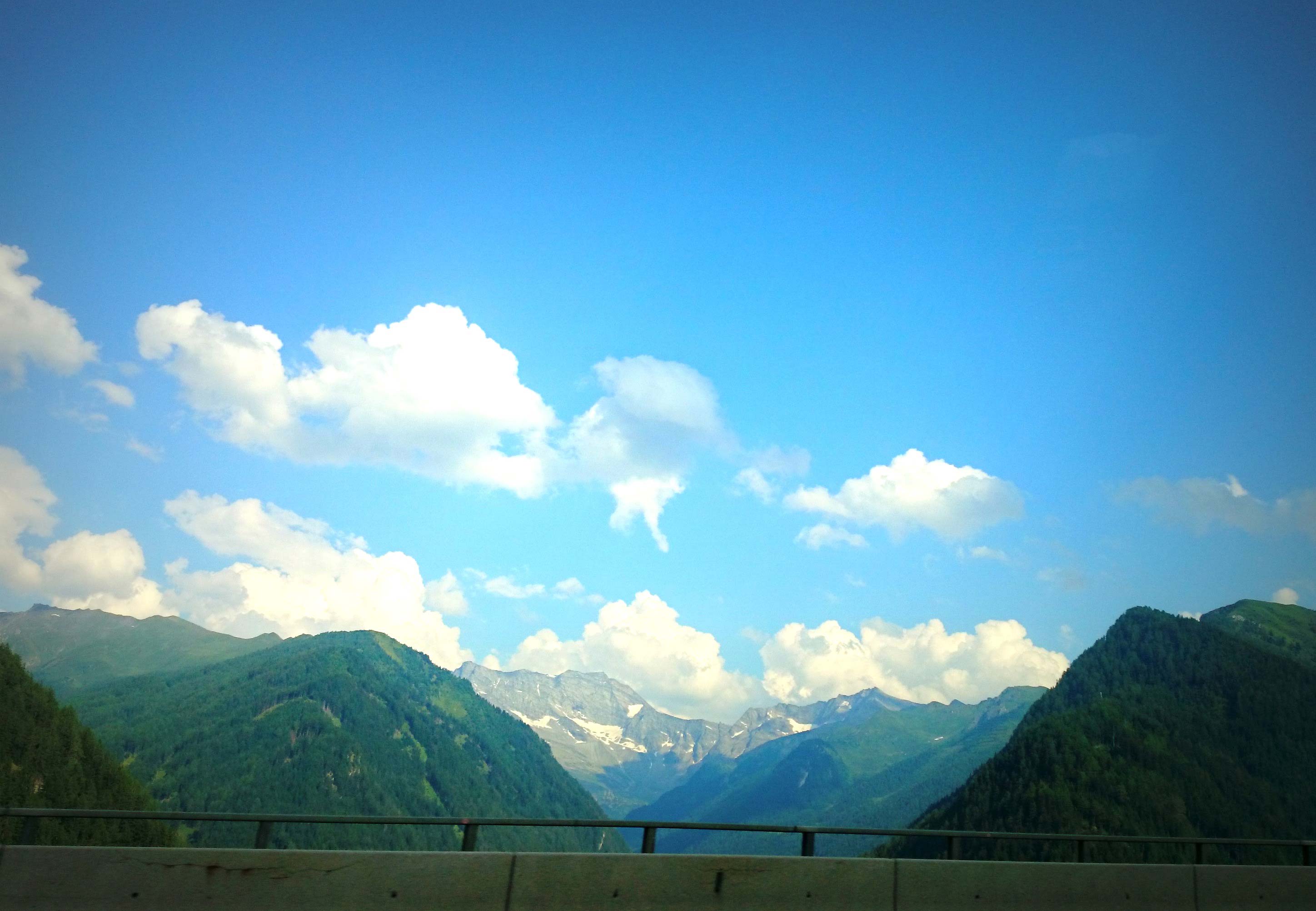 It is still staggering feeling how a new landscape can influence a self perception. The idea was to find a road and keep moving for 2 weeks straight. When we met on Sunday morning with Giacomo, the Bla Bla Car hero driver of VW UP and drove to Verona, we only had two locations in North Italy confirmed.

The haze slowly started to lift up when eating our first Ice-cream next to colosseum, and the day after climbing the city walls of Verona, happily smashed by the heat and the cicadas’ noise (see the movie below). I Scream, You Scream, We All Scream for Ice Cream!

The secret ceremonies are happening in small circles and in places that are usually visited when heavily populated, if empty they give an impression of a person caught by surprise. On Monday morning in Verona Marta took her keys and led us to the Associazione Culturale Interzona. Post-industrial space adopted for music, theater and performance art located in the former area of ex Magazzini Generali, a disused production district that currently belongs to the Fondazione Cariverona. Interzona will host general assembly 2016 of Trans Europe Halles.

Walking the city for a first time is fascinating, tapping out the personal map of a streets maze, checking what is behind next corner, accidentally landing at the FREE open air cinema at Piazza Maggiore – that night they screened Orson Welles Mr. Arkadin Confidential Report with introduction by director of Cineteca Bologna.

But the city that you have discovered the day before totally changes when you are out with a friend who shows favorite corners. Thanks to Nicole, former Berlinerpool team member, now gallery manager at Gallleriapiu and co-founder of a successful crowdfunding platform Idea Ginger, we found bookstores with restaurants opened overnight, open air markets to eat tons of prosciutto crudo and got the main remarks on Manifattura delle Arti – Bologna cultural district.
PS1. The gallery will open an exhibition with Felix&Mumford in September.
PS2. Ece was passing by Bologna as well ;)

After the 2 hours train trip around the Iseo lake surrounded by mountains we landed on the small station of Malonno. Once we stepped out on the platform and took a first glance at the landscape huge smile appeared on our faces and didn’t leave for the whole weekend with Monica and Francesca, the makers of the residency program Case Sparse / Tra l’Etere e la Terra.
When in Verona and Bologna was 38C in Malonno we felt very comfortable with 26C. Hosted in the mysterious house built of wood and stones (first part of the construction was erected in the 13th century) with about 17 rooms, secret passages and private balconies, imagination started to work.
Next days we have been waking up always three times, and falling asleep again, as a way to keep the moment for as long as possible. All because of the view on the mountains from our bedroom window. It was incomparable to anything we woke up for before.
During the day hiking the mountains or following the river in a search for the artworks installed in the past 3 series of the residencies in the national park. The route is documented in a specially created mobile app called Thats Valley, developed for the program by Thats Contemporary.
On the last evening we reached the furthest two villages of the Camonica Valley – Edolo and Sonico – and stumble upon a festival celebrating the summer. Sadly Monday we had to move on.

To visit CAREOF artists’ archive in Milan was on my wish list since 2009. Finally in the city and after passing the newly built district opening EXPO and diving into the China Town we met my friend Alessandro, energetic director of the whole new concept TAKING CAREOF.
Using the occasion we visited the studio of Filippo Berta and went for drinks with Allesandra Arno and Paulo from Visual Container TV.
Hosted by Gianni Moretti, founder of scatolabianca we could notice some familiar works in his art collection (Alessandro Sau)

Just after a crazy Bla Bla Car ride to Genua and loggin in at our hostel we decided to jump for ice-cream to Neri, a picturesque bay town close to the Cinque Terre.
Next day, robbed of the romantic vision of the city, we went to hunt for the best view on the ligurian hills, castles and the sea.

Fascinating it was. At Castello di San Vigilio we asked the local postman for directions and the shortest route to Monastero di Astino. In his kindness he explained it to us in every detail, consulted his opinion with one or two nearby restaurants owners. The only problem was we didn’t speak Italian and took the first street we assumed was right.
What at the beginning was a wider downhill stone road weaving between houses changed into a narrow mountain path. We could notice that the previous night storm came over Bergamo because our road was blocked by a fallen tree trunk. Trying to climb on the walls we heard a barking of at least three dogs guarding the nearby farm and a vineyard. Not looking back we speed up, jumped back on the road and reached the monastery safety.

When Valentina was part of Berlinerpool team in 2012 she spoke with great passion about something which was called FILAGOSTO. We understood it stands for a music festival. Back then she worked on a documentary movie for the 10th anniversary of the event.
Happily we could visit the opening night of the 6 days of rock and reggae concerts. Really impressed by the professional production level that a team of 10 people with a help of 80 volunteers can provide! With free entry and paid musicians fees! Plus we had an opportunity to try locally brewed bears with funky names such as Sunflower or Crazy Joy, personal favorite.
Than, after having climbed the Bergamo hills that afternoon, we could relaxed our muscles while listening to Sistah Awa & Eazy Skankers and Max Romeo live.

Last day. Our Bla Bla Car to Berlin was departing from the place which was previously not a name to us. After almost two weeks of switching the cities each two days, meeting old friends and making new once, eating, climbing, hiking, running we had a moment to just sit down and be. And with what a view. That was the perfect place to read couple more chapters of the book Der Spion und der Bankier I took for the road with me, and leave Italy to welcome Berlin next morning. 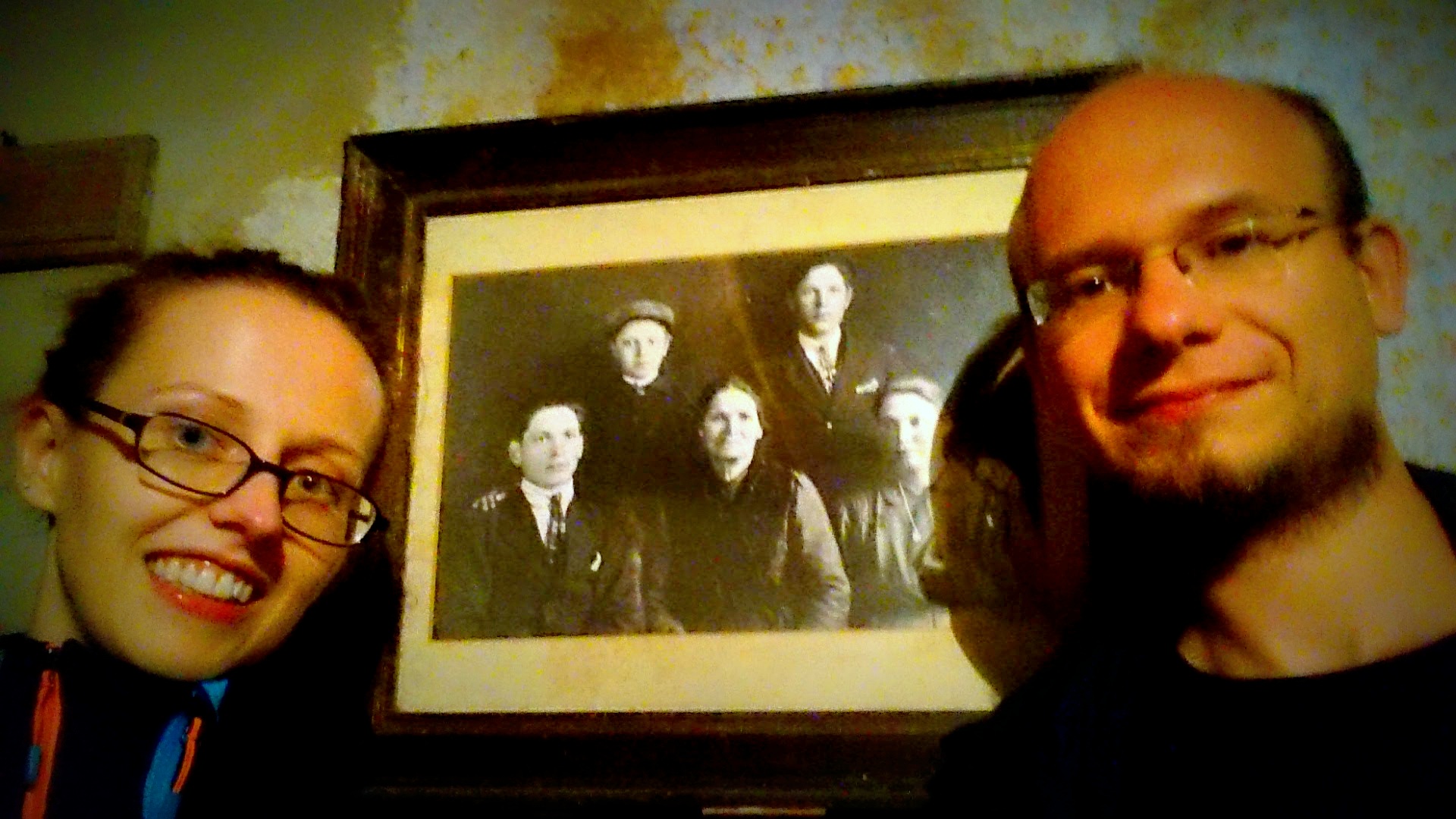 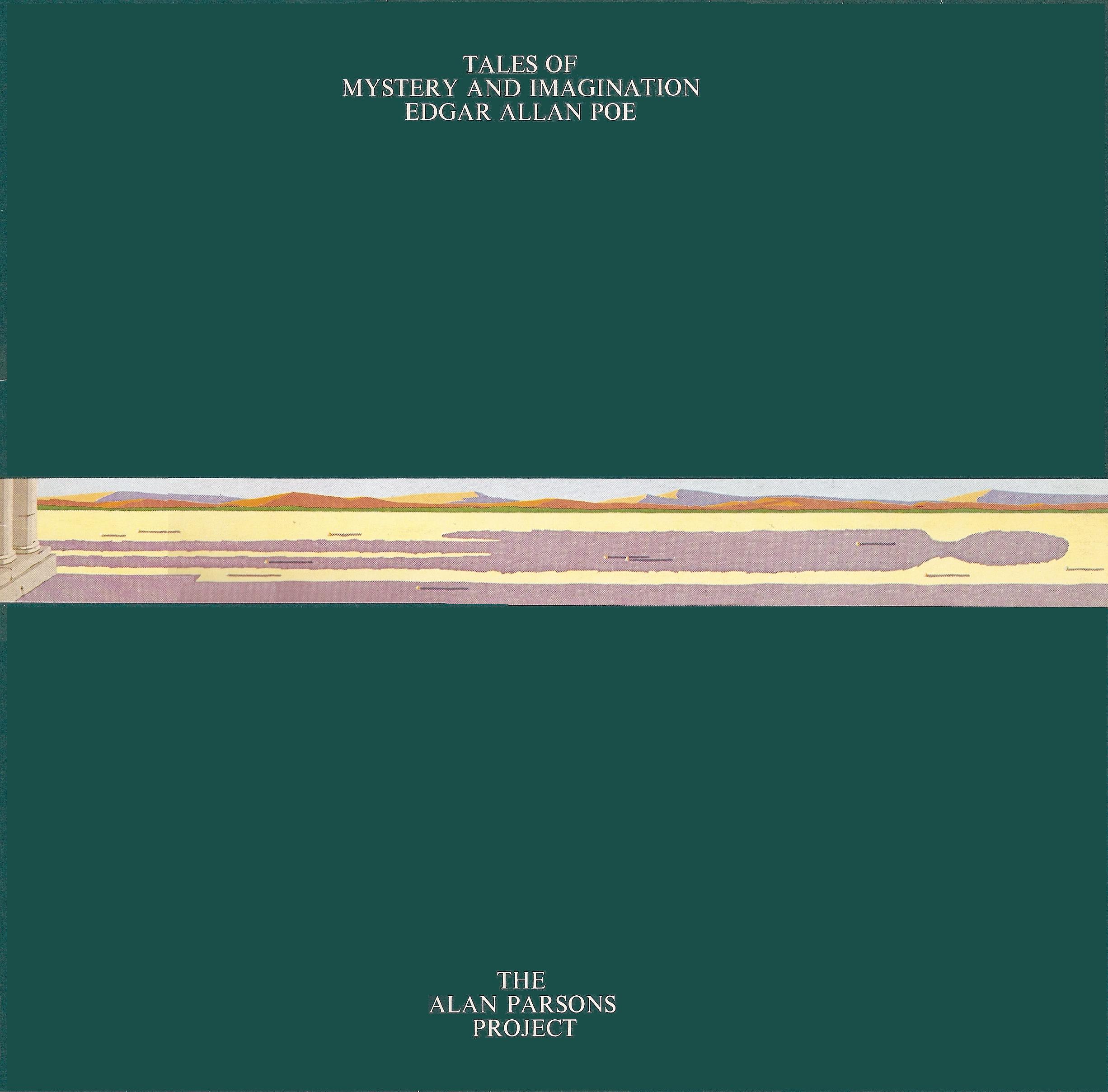 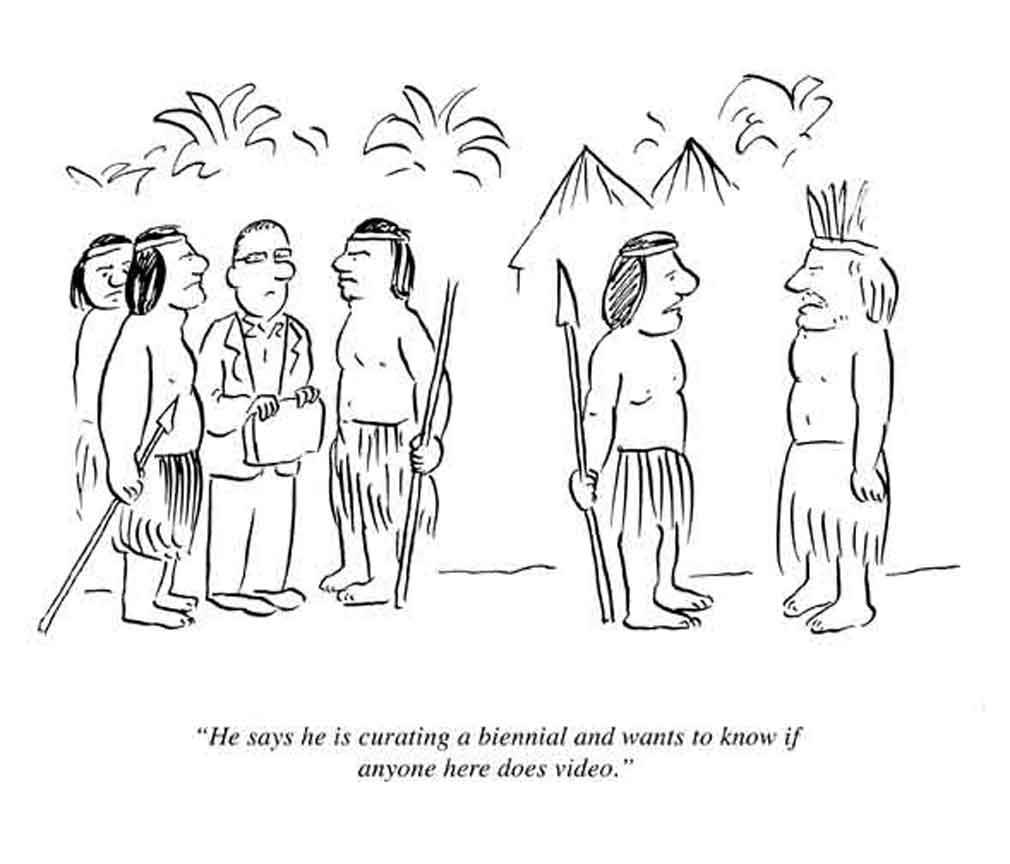 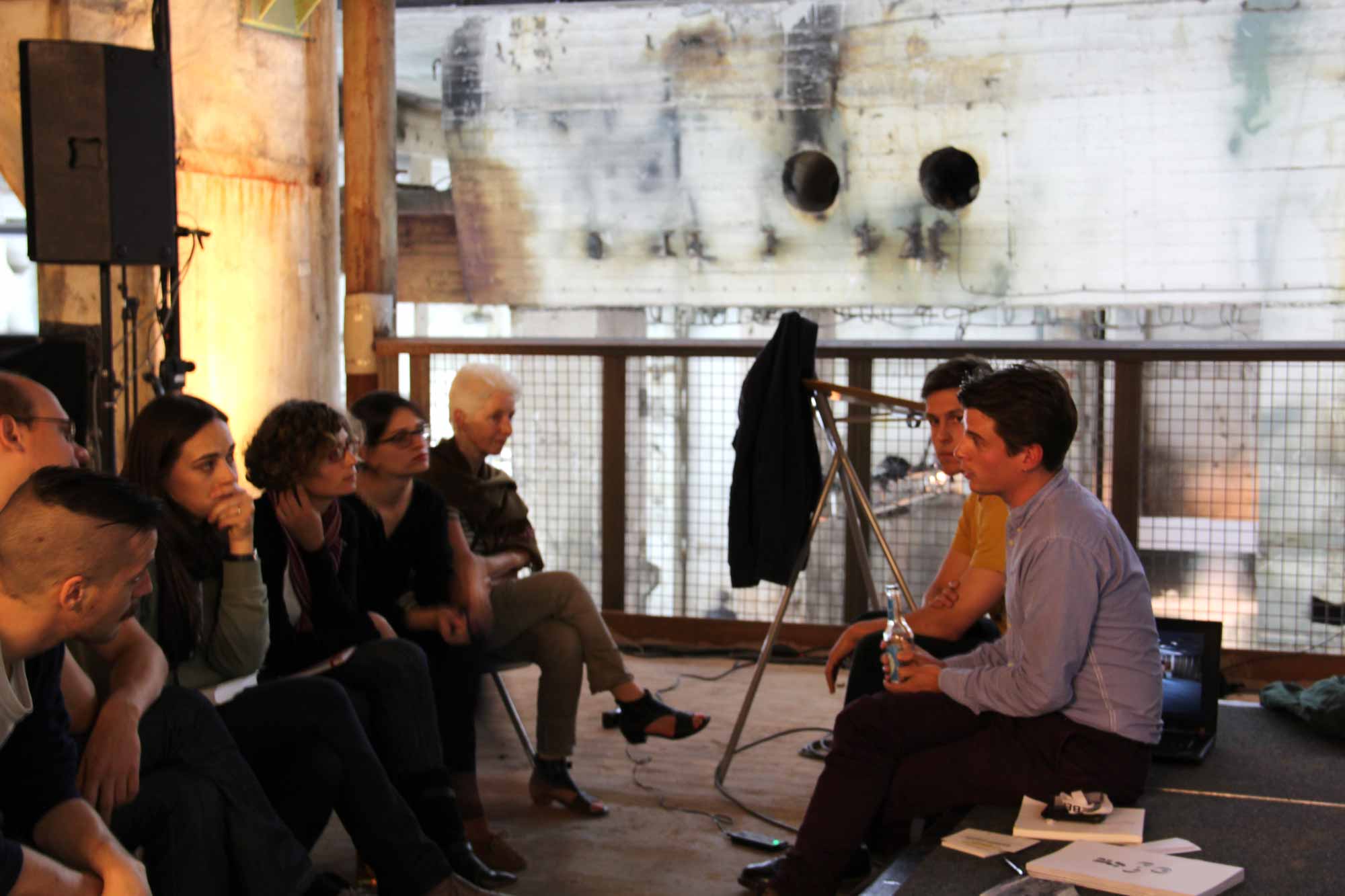